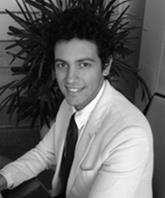 Nour El-Deen Al-Senawy joined Zulficar & Partners in 2014 specializing in the sectors of banking, energy and infrastructure.

Mr. Al-Senawy has been involved in several high-level projects and transactions and assisted clients on the regulatory framework specific to each industry with particular focus on providing advice on the intricacies of the power sector in Egypt.

Mr. Al-Senawy was part of the team that advised the Egyptian Electricity Transmission Company (EETC) regarding the renewable energy Feed-in-Tariff (FiT) Program launched by the Egyptian government in 2014. In October 2017, 30 projects successfully achieved financial close under The FiT Program. With an aggregate capacity of 1.6 GW generated from solar power in Benban Egypt, and with over 2.2 Billion USD of financing, the FiT Program promises to deliver the largest solar park in the world upon completion of construction in early 2019.

Mr. Al-Senawy continues to advise EETC regarding the project agreements signed with the 30 project companies. Also, Mr. Al-Senawy advises private sector investors on their bids to develop renewable energy projects under BOO schemes which have been tendered by the Egyptian government within its plan to procure 20% of the country’s energy needs from renewable sources by 2020.

Currently, Mr. Al-Senawy is advising the Korean Export Import Bank (KEXIM) with respect to its loan to the National Authority for Tunnels (NAT) for the financing of the purchase of 32 rolling stocks for the 3rd and 4th phase of the Metro Line 3 project in Greater Cairo.

Moreover, Mr. Al-Senawy is involved in the banking sector, advising several local and regional banks on their operations in Egypt and the relevant corporate, commercial and regulatory compliance matters. Mr. Al-Senawy was heavily involved in the award winning acquisition of the retail portfolio and card businesses of Citibank Egypt by the Commercial International Bank (Egypt), where he participated in the drafting of the Egyptian law documents and was part of the team that negotiated the Business Transfer Agreement on behalf of Citibank, the transaction was awarded the IFLR Middle East “M&A Deal of the Year”. Mr. Al-Senawy was also member of the team that represented Al-Ahli Bank of Kuwait (ABK) in conducting the due diligence and negotiating the transaction documents of the acquisition of Piraeus Bank SAE. Mr. Al-Senawy was also part of the team that represented Barclays Bank Plc with regard to the acquisition of Barclays (Egypt) S.A.E by Attijariwafa Bank.

Mr. Al-Senawy has gained his experience working in both France and Egypt, and has thus acquired broad knowledge in business law in those countries.