Founding Partner, Head of Banking and Finance group and Deputy Chair of the Executive Committee

Ashraf Ihab is a founding partner, head of banking and finance group and deputy chair of the executive committee of Zulficar and Partners Law Firm. A practicing attorney for more than 40 years, and he is well known as one of the leading lawyers in the banking field in Egypt.

Before cofounding Zulficar and Partners, Ashraf was a senior partner, member of the executive committee and head of contracts and advisory group at Shalakany Law Office.

Ashraf is specialized in banking and finance. He drafted, negotiated, advised and concluded numerous syndicated loan and credit facility agreements, debt rescheduling agreements and related security documents. He assisted major banks in the preparation of banking standard forms as well as Islamic finance agreements. Moreover, he handled transactions pertaining to issuance of bonds, securitization, issuance of sukuk, transfer of business, sale of banks/ entities and companies restructuring. Lately, Ashraf acts as the legal advisor for the first issuance of a Green Bonds issued by a private sector in Egypt. He also, represents leading banks in Egypt in litigation and dispute resolutions.

He advised clients in the non-banking financial activities such as financial leasing, factoring, consumer finance and micro-finance. He handled all the required procedures for obtaining governmental approvals for the establishment of the relevant companies, issuance of related licenses, and drafting all the relevant agreements and documentation.

Since the early 90’s, under the Egyptian government’s privatization program, Ashraf was involved in the privatization of several Egyptian public sector companies. Representing sellers or buyers, he handled numerous merger and acquisition transactions for private sector companies in Egypt, conducting legal due diligence and carrying out all the required procedures for the transfer of shares before the Capital Market Authority, as well as drafting shareholders’ agreements and sale of shares agreements.

Ashraf was appointed as a Board Member in the Egyptian Industrial Development Bank, Cairo, Egypt from the period from 2000 to 2005.

With a commitment and believe in community activism, Ashraf help in drafting and reviewing new economic legislation as adviser, drafting expert on important laws, such as the Investment La and the Banking Law. Moreover, Ashraf was providing legal courses at the Arab Academy for Science Technology & Maritime Transport (AASTMT).

In 2020 and 2021, Chambers Global ranked Ashraf as a Band 3 lawyer in Banking & Finance Lawyer known as well versed in the challenges of representing prominent financial institutions and has a notable specialism in micro finance. In 2021, IFRL, Chambers Global ranked Ashraf as Band 3 in Banking & Finance Lawyer and Band 2 in Capital Markets Lawyer.

Ashraf obtained his LLB degree from Cairo University on 1985. 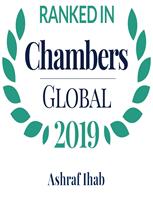 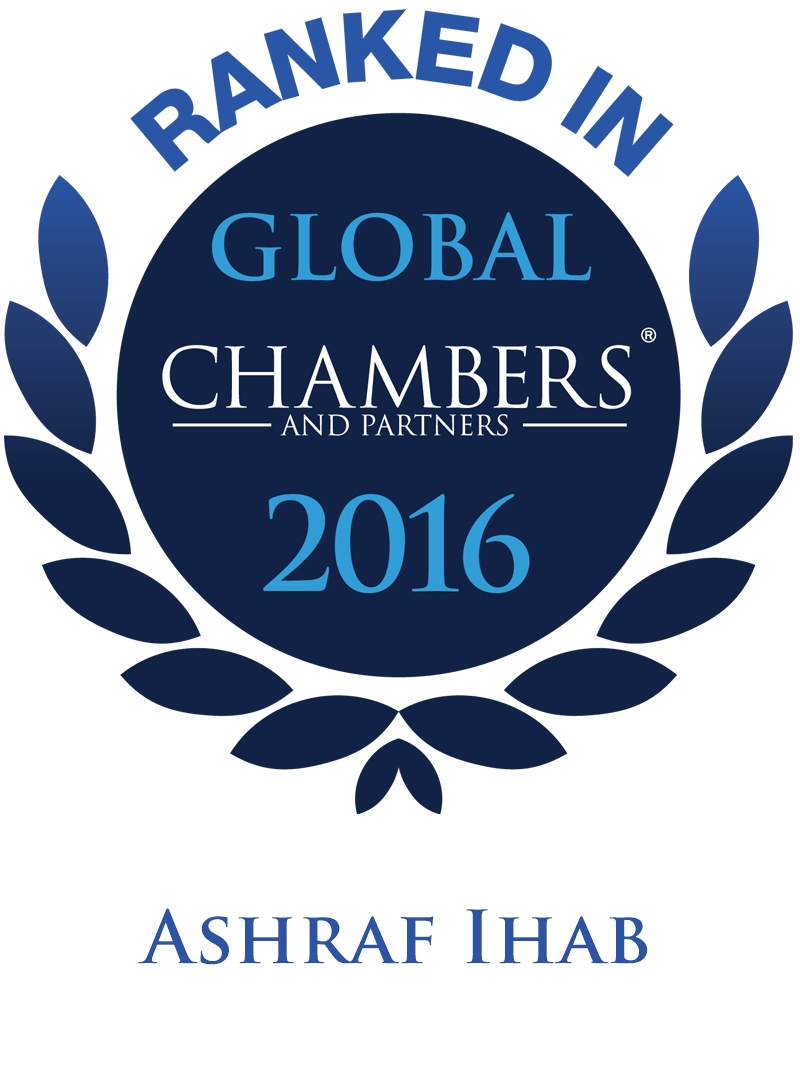 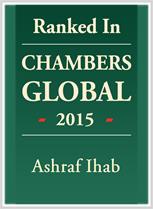 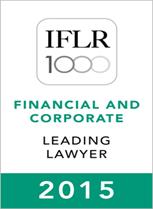 Ashraf Ihab is a leading lawyer in the IFLR1000