The Firm’s PFI/Project Finance groups is headed by Prof. Dr. Mohamed S. Abdel Wahab and includes two partners and more than 6 associates. Owing to the unparalleled expertise of the partners and associates at Zulficar &Partners Law Firm on BOT/BOOT projects, PPPs, and similar transactions in Egypt, the Firm has a leading edge in PFI/PPP projects across diverse sectors, including power, electricity, aviation, healthcare, gas and oil, water, roads, and transportation.

Members of the Firm involved in these projects are leading experts in these complex contracts, and are frequently invited by governmental and other organizations to handle projects and lecture on the subject. The Firm prides itself as having set the first successful precedent for PPP projects in Egypt. In 2010, the Firm team led by Mrs. Mona Zulficar and Prof. Dr. Mohamed S. Abdel Wahab has closed and concluded the the New Cairo Wastewater Project, which witnessed the first successfully negotiated direct agreement on behalf of the Project lenders with the Ministry of Finance in an Egyptian PPP Project.

Members of the Firm have also acted for InterGen in connection with the first successful BOOT Power Plant Project in Sidi Krir which created the precedent in 1997.  Mrs. Mona Zulficar, founding partner and head of the Firm’s executive committee has drafted and negotiated the first PPA, FSA, UA, CBE Guarantee and other documents that have now become standard documents.  Members of the Firm have also represented EDF in the project finance of Port Said and Suez BOOT Power Plants which followed.  The said three projects have been sold to three Tanjong joint venture companies.  The Firm represented the sellers in these acquisitions and have since then been retained by the three Tanjong joint venture companies owning the three BOOT Power Plants as their corporate law firm in Egypt.

Amongst the projects handled by the Firm in Egypt are: (a) the Cairo/Alex/Matrouh Freeway PPP; (b) the New Cairo Waste Water PPP (the first successful PPP in Egypt); (c) the 10th of Ramadan PPP Rail Project; (d) the Abu Dabbab Tantalum Tin Mining Project, (e) The EMethanex Petrochemicals Project, and (f) the majority of concessions and contracts entered into by the Egyptian Petrochemicals Holding Company and the Egyptian Railway Projects and Transport Company (ERJET), (g) Abu Rawash Wastewater Treatment Plant PPP, (h) the Cairo/Alex/Matrouh Freeway, and (i) several renewable energy projects, including wind, waste and solar power projects in Egypt under diverse schemes including the new Feed-in-Tariff (FIT) scheme set by the Egyptian government in 2014. The Firm has worked closely with major international law firms, investors, and financial institutions on such projects. 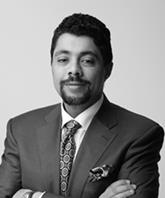