The Firm is based in Cairo and provides a comprehensive range of state-of-the-art legal services for a wide variety of international and domestic corporate and governmental Clients as well as other entities, such as not-for-profit organizations.

The Firm furnishes its Clients with specialized services in the following areas of expertise:

The Firm and its Partners are particularly recognized and have extensive expertise in the abovementioned fields. Our associates are also recognized for their knowledge, creativity, discipline and skills in representing all classes of participants in national and international transactions. Amongst our Clients are leading investors, investment banks, commercial banks and international financial institutions, multinational companies, governmental authorities and well-established corporations. 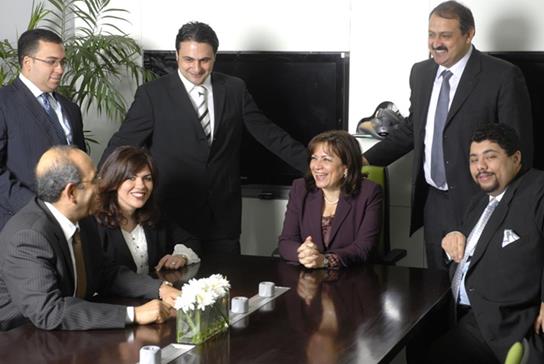 Similarly members of the Firm have handled almost all of Egypt’s major mergers and acquisitions,   during the last three decades, on behalf of buyers and sellers, and, in some cases, as transaction counsel. These include, as examples, the USD 300 million Heineken acquisition of Al Ahram Beverages Company (ABC), the USD 700 million acquisition of Suez Cement by Ciment Français, the USD 420 million acquisition of MIBank and then its merger into National Société Générale Bank, the sale of Egyptian Fertilizers Company for USD 740 million to Citadel Capital Consortium, the Arab African International Bank acquisition of Misr America International Bank, the acquisition and merger of American Express Bank Egypt into the Egyptian American Bank (EAB), the sale of EAB to Credit Agricole and its merger into Credit Agricole Egypt for approximately USD 591 million, the sale by Bassili of Amoun Pharmaceuticals for about USD 500 million, the sale of Egyptian Fertilizers Company for USD 1.4 billion to Abraaj Capital and then to OCI for USD 1.6 billion, the sale of Olympic Group to Electrolux for USD 450 million. Partners of the Firm have equally handled the landmark transaction whereby OCI sold OBMH, the holding company of all its regional cement producing subsidiaries, to Lafarge, for USD 15 billion, including USD 2 billion of assumed debt, as well as the landmark USD 6.5 billion acquisition of Weather by Vimplecom and the first demerger of its kind of Orascom Telecom to carve out MobiNil and other assets.

More recently in 2015, our Firm has handled the sale by Citibank of its retail business in Egypt to CIB, the acquisition by Al Ahli Bank of Kuwait of Piraeus Bank Egypt and the acquisition by Kellogg’s of Bisco Misr and then Mass Food, among other transactions, particularly in the fields of healthcare, financial services as well as renewable energy.

The members of the Firm have also handled and successfully closed many tender offers, voluntary and mandatory, and have established precedents, particularly in cases of privatizations, acquisition agreements and exceptions to mandatory tender offer rules. Examples include inter alia tender offers to acquire Bisco Misr by Kellogg’s through the first competitive tender offer process of its kind, tender offer to acquire Cairo Medical Centre by Creed Healthcare owned by one of Abraaj Capital funds and the exception to the MTO rules of Al Ahli Bank of Kuwait to acquire 98.49% of the shares of Piraeus Bank Egypt. Other tender offers handled include Egyptian American Bank by Credit Agricole, MIBank by National Société Générale Bank, Suez Cement Company by Ciment Francais, Helwan Cement by Asec Cement, Amoun Pharmaceutical Company by a consortium of international investors, Egyptian Fertilizers Company by Citadel Capital, Egyptian Glass Company by Guardian Industries, Namaa and B-Tech by Paradise Capital and many others.

Members of the Firm are continuously involved in almost all of Egypt’s equity and debt capital-raising transactions. These include the recent EGP one billion capital increase of SODIC, the Orascom Construction Ltd. $ 185 million capital increase in the context of the first dual listing in Nasdaq Dubai and the EGX, as well as nearly all the GDR/ADR issues by Egyptian banks and companies since 1996, starting with CIB and including Suez Cement, EFG Hermes, Pachin, Al Ahram Beverages, OCI and Lecico as well as bond and debt issues for many companies including MobiNil, El Ezz Steel Rebars, Orascom Construction Industries as well as the Egyptian Government’s bonds.

Owing to the unparalleled expertise of the partners and associates at Zulficar & Partners Law Firm on BOT/BOOT projects, PPPs and similar transactions in Egypt, the Firm has a leading edge in PFI/PPP projects across diverse sectors, including power, electricity, aviation, healthcare, gas and oil, water, roads and transportation.

Members of the Firm involved in these projects have become leading experts in these types of complex contracts and are frequently invited by governmental and other organizations to lecture on the subject. We have acted for InterGen in connection with the first successful BOOT Power Plant Project in Sidi Krir which created the precedent in 1997. We have drafted and negotiated the first PPA, FSA, UA, CBE Guarantee and other documents that have now become standard documents. We have also represented EDF in the project finance of Port Said and Suez BOOT Power Plants which followed. The said thre projects have been sold to three Tanjong joint venture companies. We represented the sellers in these acquisitions and have since then been retained by three Tanjong joint venture companies (now Powertek) owning the three BOOT Power Plants as their corporate law firm in Egypt.

Currently, the Firm has retained by several developers and by Fichtner for Egyptian Electricity Transmission Company (subject to a Chinese Wall) to advise on the Project Documents for the FiT Scheme introduced to enhance and develop solar and wind power plants by the private sector.

By and large, the Firm has worked on a number of PPPs in diverse sectors across the commercial spectrum, some of which are: (a) the Cairo/Alex/Matrouh Freeway PPP; (b) New Cairo Waste Water PPP; (c) the 10th of Ramadan PPP Rail Project; and (d) the majority of concessions and contracts entered into by the Egyptian Petrochemicals Holding Company and the Egyptian Railway Projects and Transport Company (ERJET).

Finally, members of the Firm has handled, and continue to handle, mega multi-million dollar disputes across the business and investment spectrums and before international arbitral tribunals, under major institutional and both ad-hoc proceedings. The Firm’s success rate in securing favourable arbitral awards for its Clients is unmatched in the jurisdiction. Moreover, members of the arbitration group are widely published and appear in major international events and conferences, and are regularly instructed to act as counsels, arbitrators, and/or experts in major arbitration cases. Most recently, the Firm secured favourable arbitral awards in disputes involving gas pricing, commodities trading, petroleum concessions, maritime contracts, banking facilities and escrow, insurance, real estate & construction, infrastructure projects and hotel management.

Similarly, Partners of the Firms have handled major litigation, particularly in the fields of banking, taxes, anti-trust, intellectual property, capital markets, administrative decrees and contracts before the various courts, and have unmatched record of favourable judgments and precedents. Moreover, members of the Firm’s Litigation Group have successfully resolved amicably major disputes through unparalleled mediation skills.